Apple's privacy changes are causing many SMBs to lose money

Apple's sweeping changes to its privacy rules are reportedly having a negative impact on some small businesses.

Introduced in iOS 14.5, the company's App Tracking Transparency (ATT) feature gave users the option of opting out of app tracking across third-party apps and websites, which would then stop these apps from serving targeted ads to customers.

This caused a 13% dip in revenue in Q2, 2022 for companies that relied on these targeted mobile ads to acquire new customers, according to data from software firm Varos which surveyed over 1,300 businesses.

How does the feature work?

Before the feature's introduction app developers and publishers gained access to large amounts of users' data.

Though this could be used for legitimate ends to make apps work better, for example, by providing location-based suggestions it also allowed publishers and advertisers to sell user data to 3rd parties.

The introduction of ATT hasn't been without controversy, however. Apple is currently facing an antitrust lawsuit in Germany, with Germany's Federal Cartel Office, the Bundeskartellamt, investigating whether the introduction of the new rules is self-preferencing.

However, a report commissioned by Apple (perhaps unsurprisingly) found it hasn't received a windfall under the new rules.

The report found that, "Apple is unlikely to have significantly benefitted from ATT because Apple Search Ads is a small part of the overall mobile advertising market, and because displaced advertising spending could move to many other companies that effectively leverage first-party data for advertising."

Apple's changes to how its products share data may have had wider impacts on the industry as a whole.

Google has said it will remove third-party cookies from Chrome by the end of 2023.

If you'd like to change how your iPhone tracks your data you can head to the "Settings" app and then tap on "Privacy".

You can then go to "Tracking", which is at top of the screen, and you'll then be able to disable or enable tracking for any of your apps individually.

> Google is making Chrome on iOS safer than ever

By: [email protected] (Will McCurdy) 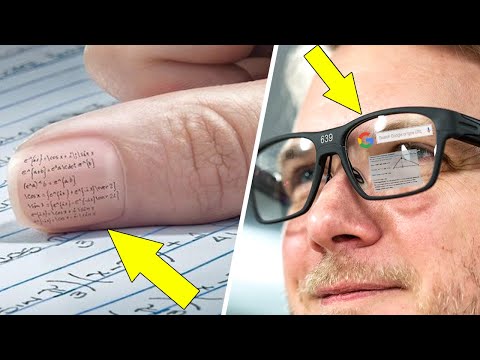 GADGETS FOR CHEATING AT EVERYTHING ... Jeff Weiner will step down as CEO of LinkedIn June ...